Our Winter Sweepstakes has begun! 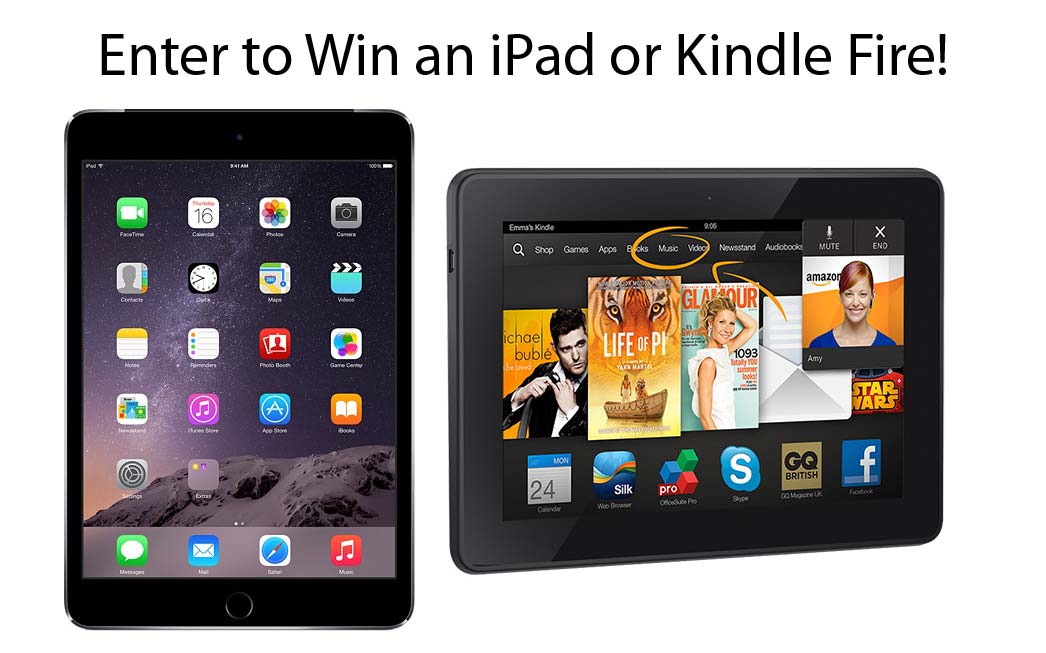 Our Winter Sweepstakes has begun! Enter to win an iPad Mini 3 or Kindle Fire.

Official Rules: Entries must be completed during the promotion period, from January 27th, 2015 through April 15th, 2015. No purchase necessary. Available to US and Canadian residents only (excluding Quebec) age 18 and older. Void where prohibited. The odds of winning will be determined by the number of eligible entries received. The Grand Prize is an iPad Mini 3 64GB, valued at $499, and the First Prize is a Kindle Fire HDX 7, valued at $199. Winners will be determined on April 17th, 2015 by random drawing from all eligible entries received. Winners will be notified via Facebook or Twitter by April 22nd, 2015.