Rise of the Tablet

In a previous blog we demonstrated the power of utilizing multiple years for the same variable. We found that the usage of Amazon.com had grown substationally from 2008-2014. In this week’s blog, we’ll take a look at the growth of tablet ownership in the US. It seems  iPads, Surface Pros and other tablets are everywhere these days. Let’s take a look at the data to see how much tablet ownership has grown in the last 3 years.

To find this information, we’ll look into the SimmonsLOCAL data set. For those unfamiliar with this data, SimmonsLOCAL is a powerful targeting and profiling system that provides insights into consumer behavior for all of America’s 210 media markets on a local level with 60,000+ data variables, including over 450 categories and 8,000 specific brands. 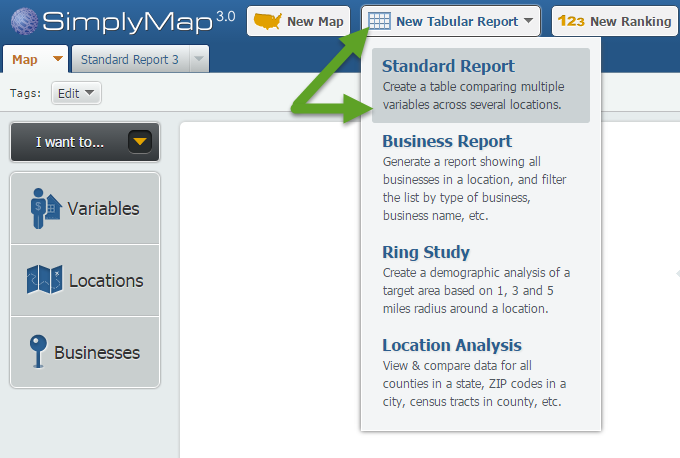 Hover over the variable with the response YES, shown below: 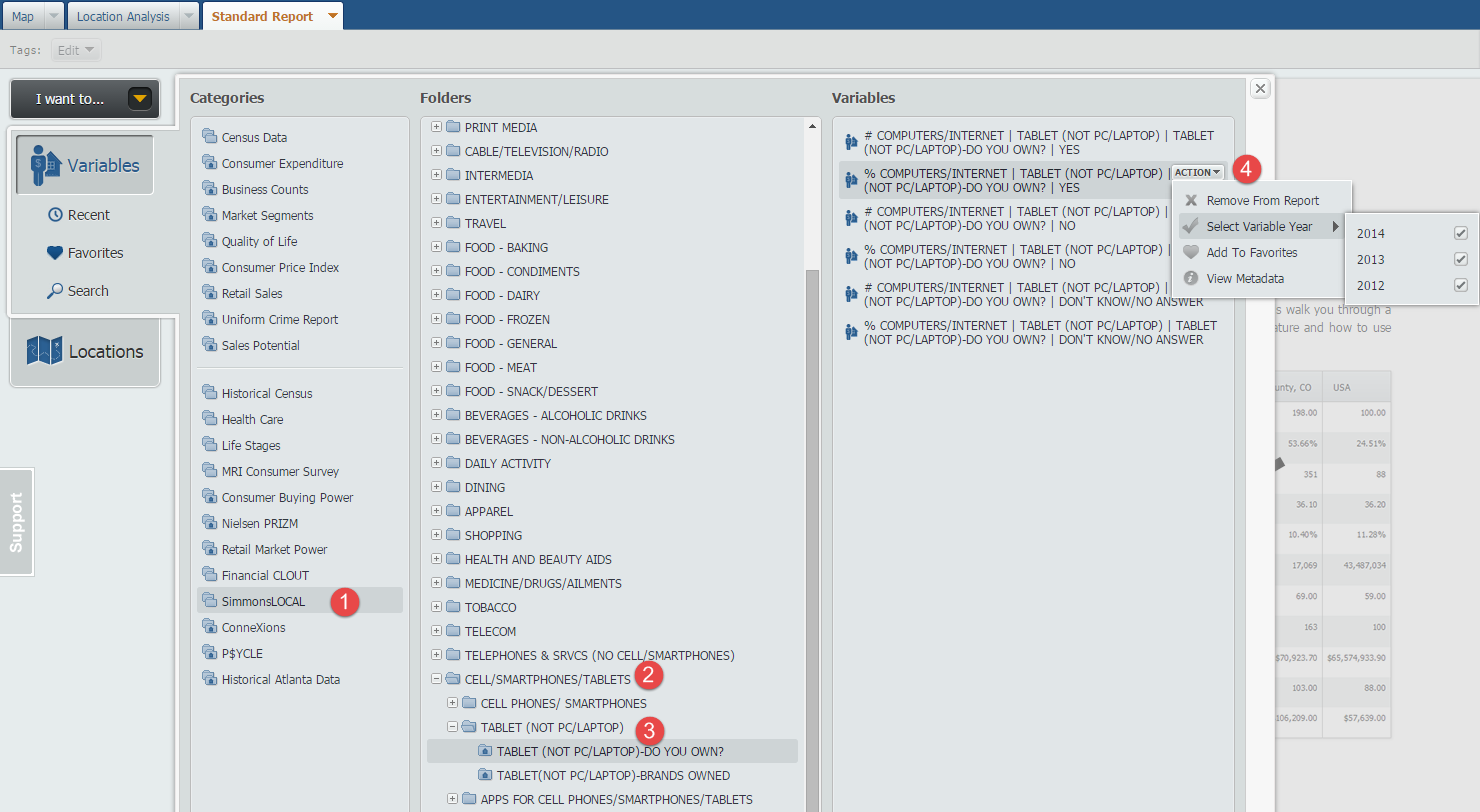 At the action drop down, hover over Select Variable Year and select the 3 year options available within the SimmonsLOCAL data set: 2012, 2013 and 2014.

Close out the Variables panel to generate your report for the US. 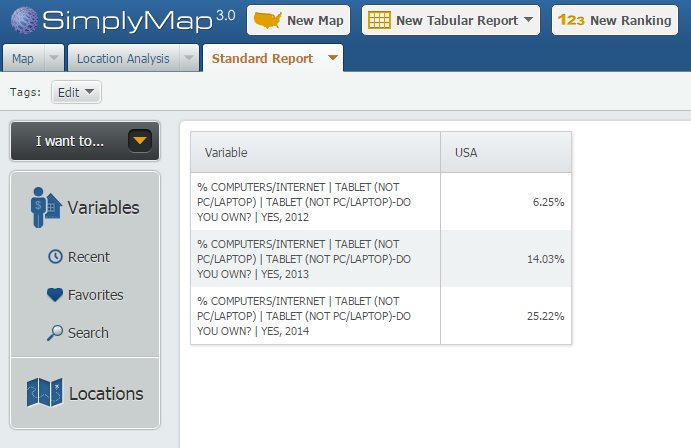 The data reveals that tablet ownership in the US has quadrupled in only a few years (2012-2014)! We assumed there would be a growth in ownership, but it is still surprising to see the estimates at a 4x growth within three years.

For fun, let’s take a look at some brand name tablet ownership numbers. 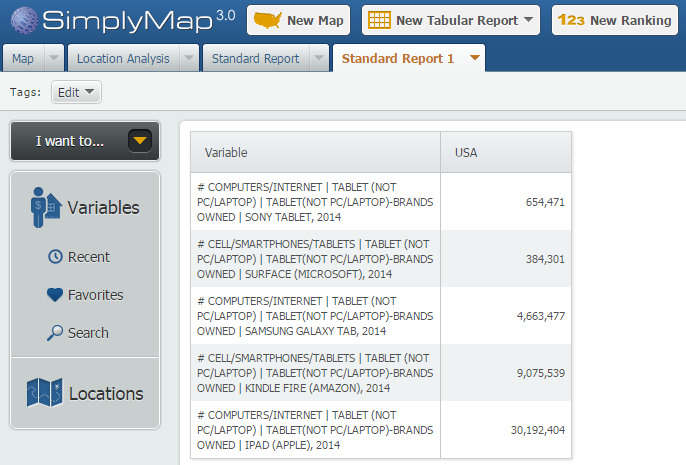 Not surprising, the iPad holds a significant advantage in the tablet ownership numbers with the Kindle Fire coming in at a distant second.

We hope you enjoyed this week’s SimplyMap report. Stay tuned for more tips and reports!