In this week’s report exploring SimplyMap data, we take a look at where America’s bookworms reside. To find this data, we used the variable, Reading (Household Average), 2014 found in the Consumer Expenditure folder. This variable encompasses all expenses used on magazine subscriptions, newspaper subscriptions, and books.

To make this report, we chose to utilize a Ranking Report. First, we took a look at the top 10 states: 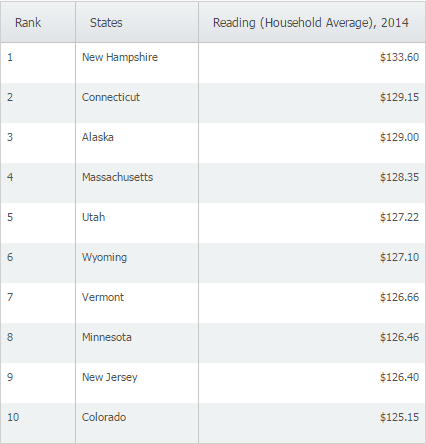 At a yearly household average of $133.60, the state of New Hampshire ranks first in the United States in spending on reading material. For reference, the United States at large totaled $116.85. Next, we applied a data filter to view cities with a population of more than 75,000. The results are as follows: 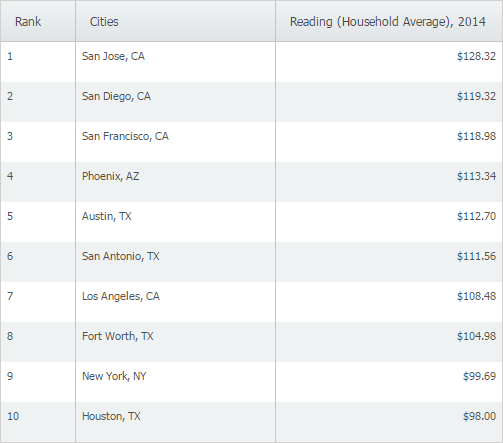 San Jose, CA ranks first in the United States for household spending on reading materials. California is also well represented in the top 10 with San Diego (2), San Francisco (3), and Los Angeles (7) also ranking in the top 10.