In this week’s exploration of SimplyMap data, we set out to find which cities in the United States have the highest percentage of older houses. To determine this, we used the variable “% Housing, Built 1939 or Earlier”. The metadata for this variable is shown below: 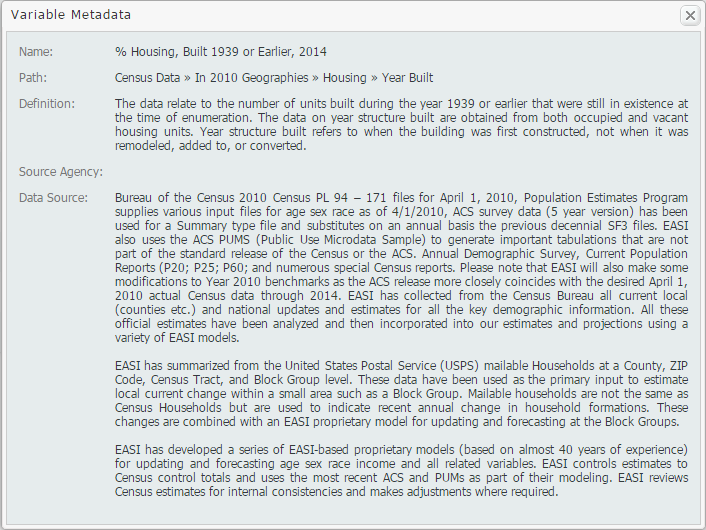 The ranking report allows SimplyMap users to analyze the data by different geographies. For example, if you select the United States as your location, you may rank the data by: USA, States, Congressional Districts, Counties, Cities, ZIP Codes, and Census Tracts. 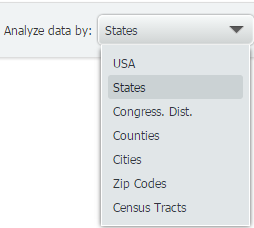 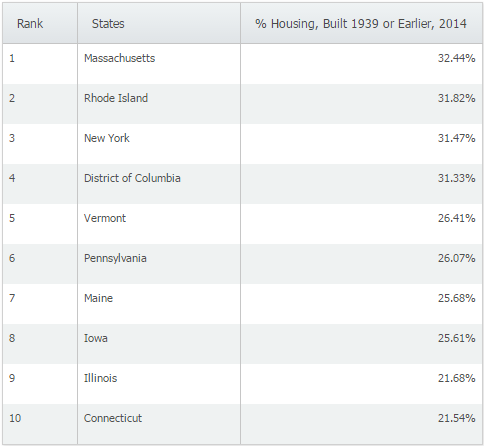 Not surprisingly, the majority of the states with the highest percentage of older homes are located in the northeast. When we switched to cities and applied a population filter > 50,000 we were left with the following cities: 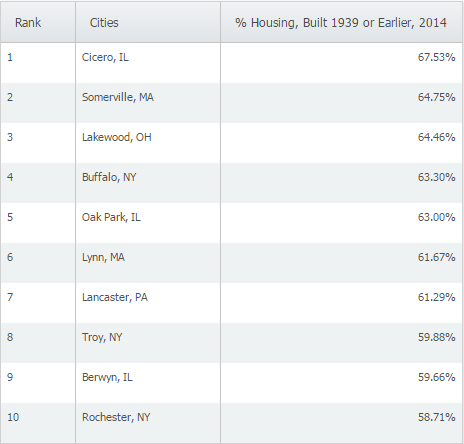 At 67.53% of homes built in 1939 or earlier, Cicero, IL ranks first among cities with populations greater than 50,000 in the United States. We then used the feature to make a map directly from the results page by hovering over Cicero, IL and selecting “Create Map” from the action drop down.

It looks like Cicero, IL is located about 10 miles west from the heart of Chicago. 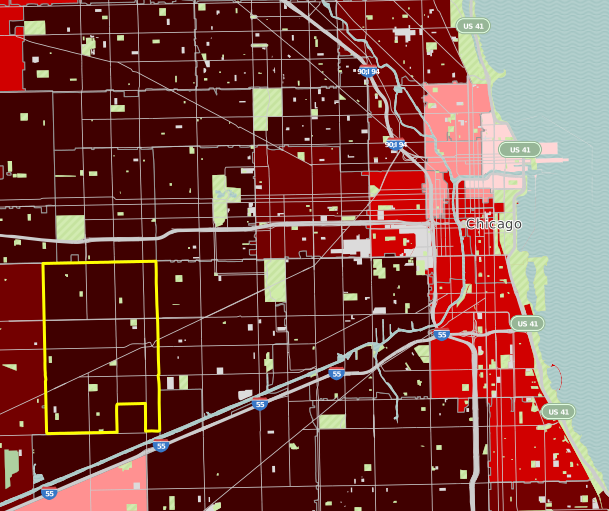