Veterans in the United States

With Veteran’s Day in the US this week, we thought it would be an ideal time to explore some of the variables in SimplyMap that pertain to veterans. Specifically, we wanted to know which cities, zip codes, and states had the highest percentage of veterans? Because we are ranking by different geographies, a Ranking Report in SimplyMap is the best choice.

The variable used was, “% Veterans, Total” which can be found using this path:

For locations, we started off with the United States, and analyzed three different geographies (individually) from the Analyze data by drop down. 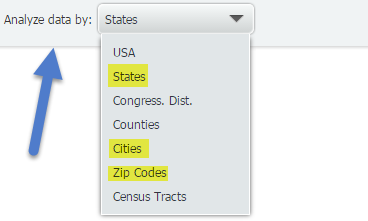 Here are the results for state, city, and zip code: 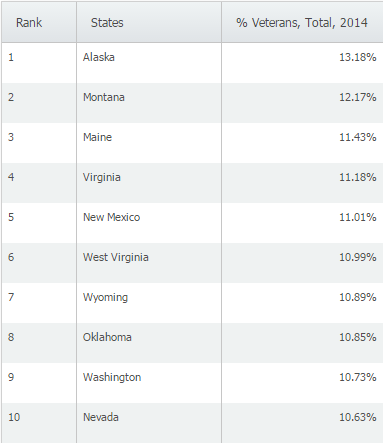 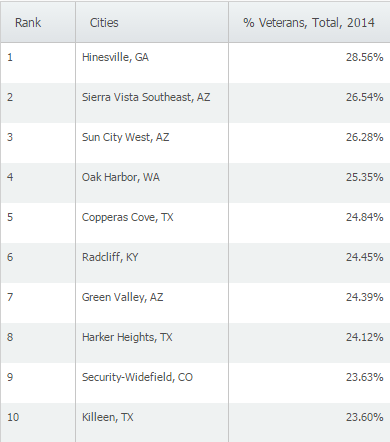 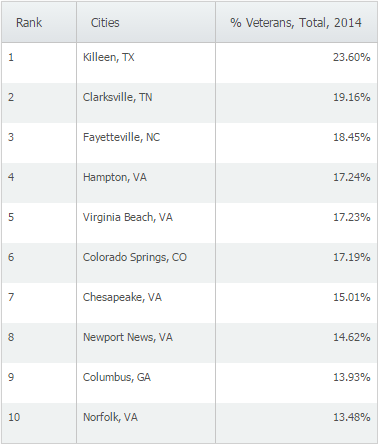 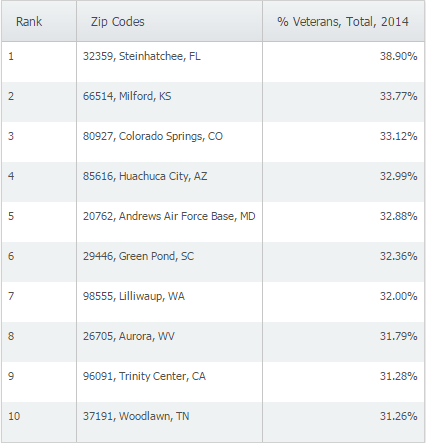 Did any of the results surprise you? Let us know!

We’d like to extend a big THANK YOU to all veterans and those currently serving.