Men’s Health magazine took a look this month at where our wireless habits are most out of  control. Their methodology includes the use of SimplyMap:

First, we crunched data from SimplyMap on the percentage of households that own cellphones, as well as the percentage that own a lot of cellphones, i.e., four or more. We also figured in the percentage of tireless texters (Experian Consumer Research) and the number of wireless carriers per capita (U.S. Census Bureau). We finished by looking at data from the Insurance Institute for Highway Safety, which tracks laws that ban calling — and texting — from behind the wheel.

SimplyMap’s ranking feature makes it easy to generate ranked lists of locations for any variable in the system.Whether you are looking for the wealthiest ZIP codes in your state, census tracts that spend the most on products for pets, or the top cities for recycling participation – it is all in SimplyMap! 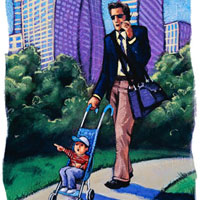